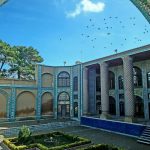 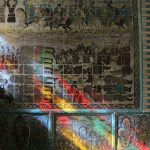 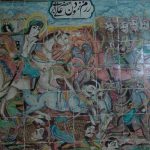 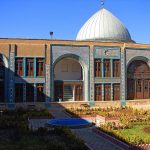 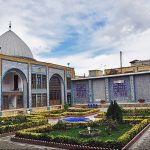 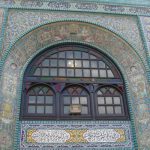 The religious building was founded by Moin Alraaya and was completed by Hassan Khan Moaven Almolk about 114 years ago in Qajar era. Consisting of 3 parts, Hosseiniyeh, Zeinabiyeh and Abbasiyeh, the compound with its marvelous tiling and matchless architecture comes among the first in the globe. The largest miniature Tekyeh throughout the world, erected in Kermanshah is a must-visit site in the west of the country.  A mourning spot for Shiite Muslims, it was attacked and set on fire when constitutionalists pursued their campaigns in the building.

Consequently, its construction was postponed for a couple of years.

After restoration, the building across from Tekyeh was purchased and added to the ground. Once Qajar dynasty collapsed and Pahlavi kings came to power, some news were spread on destroying the monument. That’s why Sayyed Muhammad Meibodi decided to convert Abbasiyeh section into Islamic Sciences School to prevent this from happening. And the school was there for 30 years.

A national heritage site, Tekyeh boasts outstanding architecture: all the walls of chambers in Hosseiniyeh are adorned with gorgeous tiles. The interiors of the arches are also coated in great tiling depicting mourning ceremonies for the third Shiite Imam.

Zeynabiyeh, in the middle, is an enclosed space with a set of chambers. The upstairs belong to women participants in the religious ceremonies. The walls here are also decorated with beautiful tiling, illustrating the tragic event of Karbala through 18 thought-provoking scenes.

Abbasiye, too, is noteworthy: the broad space with a two-story building on its east, and an iwan with 2 plane brick columns on the south, highlights intriguing 7-colored tiles portraying the impressive scenes of Joseph’s return to Canaan and Imam Ali and his son Imam Hossein Peace Be Upon Them. Also some of the religious and political figures of Qajar era are beautifully drawn on tiles.

The old monument with its dazzling tiling and admirable drawings attracts sightseers from Iran and the world. 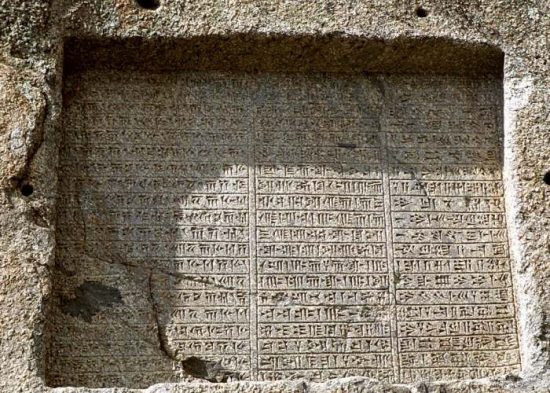