On the rocks and walls of the ancient land of Persia, many engraved works are seen which finely depict Iran’s flourishing history. Each for a special king or emperor, the inscriptions have been carried out by skilled craftsmen. Taking much time to be created, each of the precious works takes you back to the old times of Iran.

One of the regions with outstanding engravings is situated in Marvdasht, Fars Province. Known as Naghsh-e Rajab, the site portrays images from the Sassanid era, pre-Islamic period.

The remains of the Sassanid kings, it is located 56 km northeast of Shiraz, 3 km from the invaluable Persepolis structure, mentioned in the works of Christopher Marlow, a contemporary of Shakespeare, quoting from Tamburlaine the Great:

And ride in triumph through Persepolis!

Is it not brave to be a king, Techelles?

Is it not passing brave to be a king?

And ride in triumph through Persepolis?

The first relief contains 4 engravings which depict Ardeshir I receiving a crown from Ahura Mazda.

It is in fact the legendary coronation ceremony of Ardeshir I, the founder of the Sassanid. It is 4 to 5 m wide.

You might see this presentation in Naghsh-e Rustam as well except that the king and Ahura Mazda are on horseback.

The second illustrates Sahpur I, the son of Ardeshir I. The relief is, too, inspired by Naghsh-e Rustam. The king and Ahura Mazda are both riding their horses while Shapur is taking the crown from him.

The third is a bat relief standing 1, 5 m above the earth’s surface. It shows Shapur I riding on a horseback with 9 of his courtiers behind him. It is believed that it is a festivity or procession.

And last but not least is an engraving, depicting an influential Zoroastrian cleric at the time of Bahram.

The nationally-recorded site with its unique location near the Persepolis is a memorable trip especially for those who like to dive in the Persian history. 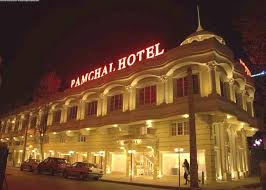 Almas Hotel of Anzali in Gilan