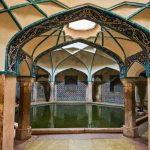 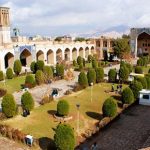 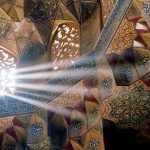 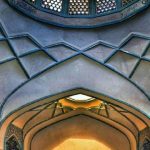 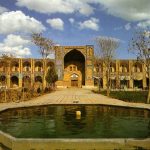 A favorite tourist resort, Ganjali Khan Complex welcomes eager domestic and foreign tourists and sightseers.  The compound contains a square, mosque, bathhouse, bazaar, and the like. Centered in Kerman, the historic edifice has significantly influenced the evolution of Kerman’s financial status.

Ganjali Khan was a brave commander in the Safavid era and became the governor of Kerman after a decree by Shah Abbas Safavi, in 1005 AH.

A qualified and courageous man, he contributed a lot to expand the city. He had a great impact on Kerman’s political, economic, and social stability. He was determined to change the poor city to the wealthy spot and therefore, made a couple of public buildings throughout the city. He governed Kerman in a long span of time, 1005 to 1034 AH and did his best to develop

The impressive touristic complex in an area of 11,000 square meters holds a square and a couple of surrounding buildings on east-west, and north-south orientations. Now let’s take a quick look together:

The exclusive mosque on the east is regarded a museum of exquisite Persian arts with its enchanting architectural embellishments.

To visit the bazaar, you should go to the south of the square. If you look around, you will notice the public bathhouse and 18 stores on your right. Take a glance at left side, and you will see busy peddlers under the arches of the building, selling their goods.  If you are into gold jewelry, it’s a good idea to pay a visit to Qeysariyeh lane and find your way at the far end of the bazaar.

The bathhouse is also of note; you shouldn’t miss it. As soon as you enter the bath, you will be fascinated by the enchanting plaster works along with paintings from the Safavid and Qajar eras. Some beautiful scenes including kings hunting experiences, flock of camels, Khosrow and Shirin romance story are depicted.

The old bathhouse with its atmospheric scenery will travel you back to those good old days when people used to take a hot bath in a public place.

The compound features a caravansary which is now used for educational purposes. What’s more, there is an old mint; where coins were made. Situated on the north of the square, the ancient domed building showcases awesome architecture. The square-shaped abundant pond right below the holes in the ceiling creates an attractive lighting inside. The place has now transformed to the coins museum, preserving its outstanding architecture. The Practicalities of visiting Iran