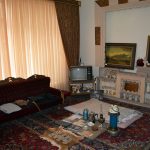 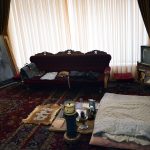 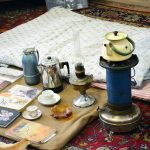 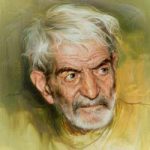 The great contemporary Persian poet Mohammad Hossein Behjat Tabrizi (1906- 1988), better known as Shahriyar, composed many literary works in Persian and Azeri. Creating some thought-provoking verses and awesome romantic sonnets, he found his way to the hearts of millions of Iranians.

His house in Tabriz, where he spent his last days of life welcomes national and international visitors who want to learn more about Iran’s rich culture and literature.

Currently serving as a museum, the house puts on view some memorable items from his fruitful lifetime; his photos and pictures are presented to visitors in the basement.

The museum’s audio-visual section, a place for guests to rest and recreate, is also of note. On the upper floor, which is in fact the most important and oldest part of the museum, valuable things are kept: his personal belongings including his old documents, writings, clothes, books, stationery, and bed. Also his appreciation certificates, presents and awards are displayed here. Another highlight is the poet’s lovely Setar, an Iranian musical instrument, and some amazing works of Nastaʿlīq, the main Persian style in calligraphy.

The house was handed over to the Cultural Heritage Organization in 2008. A national heritage site, the museum was declared the prime tourist attraction in the country by the head of the Tabriz Municipality Tourism Development Agency in 2015. Also it received an award as the most popular museum in the country in 2016.

One reason behind the museum’s popularity is the simple lifestyle of the legendary renowned Persian poet who practiced humility throughout his influential life. A favorite place for Persian poetry lovers from Iran and abroad, the museum is open to visitors free of charge.