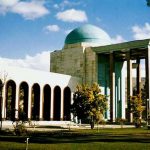 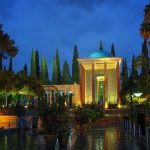 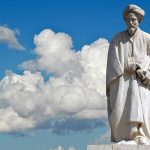 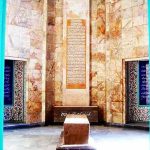 Sheikh Mosleh Aldin Abodollah Shirazi, the legendary famous Persian poet better known as Saadi, was born in 600 AH in Shiraz. He studied in Shiraz and Baghdad. His long journey to the regions of Mesopotamia, Hejaz and North Africa gave him enough experience to meet different people with different cultures; and he tried to learn from them. The world-exploring poet has left a series of amazing writings for Iranians and all people around the world. His inspiring sonnets and poems are popular in Iran and many other countries. Taught in schools, his poems revolve around a variety of interesting topics that might even be practical in today’s modern world. His main well-written books, Bustan and Golestan, are a symbol for humans’ dignity and value. He intelligently expresses concepts of wisdom, understanding, training and ethics in his works. His pieces of advice are always trustworthy. As a reliable author, he has found a place in everybody’s heart; from kids to the elderly, everybody admires his delightful poems. In schools, kids in different grades compete to learn his lovely poems by heart and through them, learn new aspects of how to live a better life.

Sa’adi’s Mausoleum, known as Sa’adiyeh, located in the northeast, is visited by many of his admirers and travelers. The congregational spot for literature enthusiasts, it was his monastery where he died and was buried.

The building’s current architecture, a true combination of old and modern Persian architecture, was influenced by Chehel Sotoon Palace and constructed by Mohsen Forooghi.

The entrance of the compound was designed and constructed by the Frenchman Andre Godard.

The domed building is decorated with handsome turquoise tiles. Iran’s rich and delicate architecture and art are truly on display in dome and iwan.

Inside the building, a selection of Sa’adi’s poems of Golestan and Bustan are beautifully written by master Buzari.

In the basement there is a pond where colorful fish swim in crystal clear water. The recreational resort for many domestic and foreign visitors contains an impressive garden filled with pretty flowers and tall trees. In the middle of the yard are two rectangular ponds, oriented north-south and east-west.

There is an eye-catching artificial waterfall on the main street where the tomb stands, which is a marvelous spot for taking some beautiful selfies.

As an internationally popular poet, one of Sa’adi’s thought-provoking poems is seen on the entrance of the United Nations building. His motto gives a life lesson:

The sons of Adam are limbs of each other,

Having been created of one essence.

To wrap up, here is one memorable poem from Sa’adi:

The Grass of God’s Garden

I saw bouquets of fresh roses

Tied upon a cupola of grass.

I asked: “What is despicable grass

To sit also in the line of the roses?”

The grass wept and said: “Hush!

Companionship does not obliterate nobility.

Although I have no beauty, color, and perfume,

Am I not after all the grass of God’s garden?”

For more poems of the great Persian poet please click on the link below: Delgosha Garden, a Piece of Heaven