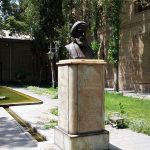 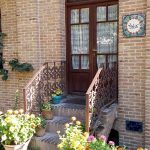 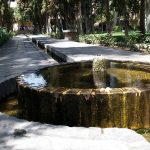 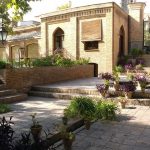 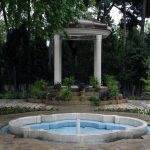 Qajar kings customarily owned gorgeous mansions and palaces amid dreamy gardens in Tehran. Some of them served as their summer residence.

Bagh-e Negarestan, home to a splendid mansion, and halls, is one of their precious architectural works with a surrounding garden crammed with tall trees and plants. It used to be in the suburb but with the fast-paced expansion of the capital city, it is now in the heart of the city and not so hard to access.

Fathali Shah developed the garden; he ordered to build a summer residence in a profuse garden in 1807 which took 6 years to complete. Similar to the gardens in the Zand era, it has mansion and halls in western style. The mansion contained plenty of paintings and murals depicting the king and his court but some were damaged over years.

No doubt, the king’s favorite garden and its mansion were at one time among the largest and most charming gardens throughout the capital city. The pavilion consisted of a set of rooms with wooden doors and two large halls on either side the centerpiece mansion. The halls are magnificently bedecked with glamorous mirror works, golden patterns and dazzling chandeliers. The elegant garden boasts a HowzKhaneh, literally pond house, which is now the exhibit for national arts museum.

When Nasereddin Shah tried to enlarge the city in 1867, it was preserved with fencing and then was surrendered to the administration.

In 1929, it was devoted to the Ministry of Justice for one year. When Mozaffareddin Shah visited a school in Moscow decided to build a similar school in the garden. Later on Mostazrfeh School was, also, founded by the great Iranian painter, Kamal Almolk, south of the garden.

If you ever had a chance to go visit the gorgeous garden, don’t miss Kafe Tehroon in the garden. The atmospheric coffee shop welcomes you in a pleasant, delightful place. A couple of chairs and tables are placed outdoors in the garden, where you can enjoy your warm coffee in a scenic landscape, particularly in spring and summer. The indoor chairs are also nice; you can have coffee as well as herbal drinks with refreshing traditional Persian music in the background.

Opening hours include from 9 am to 7 pm throughout the week except for Monday and religious mourning days.

The entry fee, at the time of research, is 2000 Tomans and for the complex you need to pay another 2000 Tomans. Students and university professors can pay a visit free of charge.