Museum of Natural History and Technology 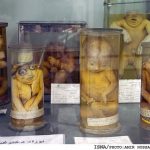 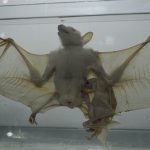 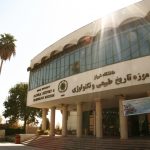 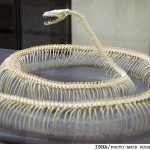 Established in 1353, solar calendar, the Museum of Natural History and Technology was transformed to the current building, with an area of about 5,000 square meters.

The impressive museum contains different sections on Entomology, Botany, Anatomy, Geology, Anthropology, Stamps and Banknotes, and Science and Technology. All of its activities revolve around three categories: education, research and public display.

It is said that there are 3 millions to 15 millions of animal species, of which 47,000 are vertebrates. Sponges, corals, worms, mollusks, arthropods, and many others are on display in the museum.

The great museum boasts a seven-meter aquarium, home to fresh water fish and snakes as well.

The natural history and technology museum holds samples of over 2500 animal species, excluding insects. Categorized as vertebrates and invertebrates, the animals are open to public during the week. 95 percent of the animals on the planet are invertebrates, found in most ecosystems. Many of them exist only in the sea and some live on earth.

The two-storey museum contains two central halls, where incomparable, unique and weird samples are kept. Among them are twins joined at the chest, a two-headed goat, four-legged chicken, two-headed calf, eight-legged lamb, and four-horned sheep. One bizarre example is a replica of a man, 2.56 m, suffering from the disease of gigantism.

One of the prominent features of the museum is the taxidermy workshop, where experts and researchers work together to discover many new things.

There is a collection of insects where the specimens are classified scientifically, most visited by students. In the insect section, the insects’ biology and their way of life are explained to the visitors.

The herbarium represents over 5,000 specimens of plants, herbs, ornamental plants, samples of Iran’s rich vegetation, and the like. Educational botanical terminology is used next to each sample.

Samples of igneous, sedimentary and metamorphic rocks, silicate and non-silicate minerals, as well as plant and animal fossils can also be found in the museum’s geological unit.

The reconstructed skeletons of humpback whales and embryonic samples painted in Alizarin technique are valuable examples of the Anatomy division. This unit has taken great steps to collect a selection of skeletal and anatomical specimens to enrich the educational objective of the museum. The museum’s ability to implement advanced educational plans to explain the anatomy of human being is considerable.

Representing various models, which show different human organs and senses, the exhibition is the best place for students to learn biology lessons practically.

In science and technology, great scientific and industrial achievements in branches of technology, phenomenology of physics, astronomy, telecommunications, electronics, computers, electricity, and new energies are exposed to view.

The stamp, coin and banknote unit, set up in 1382, shows to the public a unique collection of amazing samples from Iran and abroad.

What’s more, the internal library exhibits 3,000 volumes of book on a variety of interesting topics such as zoology, botany, geology, technology and history along with 1000 academic journals. Located on Modarres Bulevard, Azadegan Street, the scientific museum welcomes students, researchers, and all those who appreciate animals, plants, nature and technology.