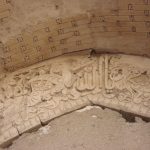 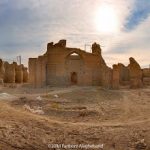 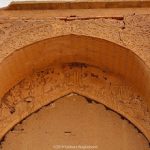 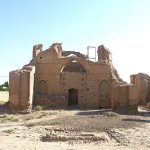 Andre Godard, a famous French archaeologist, architect and historian who has deeply studied Middle Eastern Art, in his book, The Art of Iran, believes that the mosque dates back to the Seljuk era and summarizes that its mihrab, a niche in the mosques directed at qibla in Mecca, is of a period between the Seljuk and Mongols.

Additionally, Maxime Siroux, his fellow architect and archaeologist, estimates that the old mosque was built in about 1339 AD. He has calculated the date based on the engraved works atop the mihrab and believes that the decorations resemble much to those in Pir Hamzeh Sabzpoosh Tomb.

A national heritage site, the holy mosque is housed in a village in the vicinity of Isfahan. With its collapsed dome but still preserved walls, the mosque well suggests the age of the village.

Even though the construction has almost entirely fallen down over many years, the mihrab has luckily persisted.

It displays one of the most marvelous architectures seen in mosques and pilgrim sites. The fairly high mihrab is adorned with intricate plasterwork embellishments.

In the years 1200 through 1400, the neighborhood, linked to the city of Isfahan, was as its best appearance and the remnants of the mosque is a testimony which exposes to view a masterpiece in Iran’s architecture.

Finely- decorated mihrab with the verses of the holy Quran in Sols and Kufic scripts on its margin as well as the interior upper arches, bedecked in delicate Kufic, are the main highlights.

In mihrab, you will also view some prominent geometric shapes, typical of the Ilkhanate era, as well as other Arabesque patterns like cloves, cauliflowers, and sun flowers which have been organized professionally.

In the prayer hall, there are fragments of tiles in charming azure and blue colors which suggest decorations in iwans.

The ruins might not sound interesting to many sightseers but the mihrab is a worthwhile site. Just watch out as some parts are dilapidated. 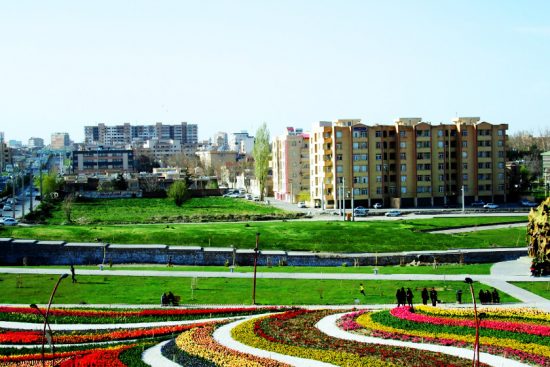