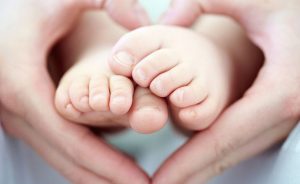 Your first step towards a healthy life

Some women fail to understand the importance of gynecology regardless of how amazingly it is explained to them. Visiting the gynecologist is taboo to some others. No matter how many doubts they may have but they still refuse a visit to the gynecologist. This happens mostly because they are scared. The fear is for what may come up as the result of the visit and not of visiting the gynecologist in itself. Besides, the complications associated with gynecology are quite expensive to deal medically in western countries. So the patients in the USA and the UK are looking for alternatives. In such a situation, they are looking towards cheaper yet proper health facilities in Asia, particularly Iran, which is hosting thousands of foreign patients every year.

Gynecology (or gynaecology) refers to the surgical specialty dealing with health of the woman reproductive system (ovaries, vagina and uterus).around the world and Iran, it is commonly known as ‘the science of women’. It is also closely related to obstetrics (a branch dealing with woman care during the child birth). In the recent past in Iran, woman specific healthcare is geared to diagnose and treat injuries, concerns and diseases that are unique to women. Many international-level hospitals are operating in different Iranian cities offering high-quality gynecology treatment at a very low cost to both the local and the international patients. Females from the western countries often visit to avail the top notch medical facilities in Iranian gynecology centers.

In this surgical procedure, uterus is removed from the female body. It is one of the major surgeries and is performed under the local anesthesia. In Iran, there are two types of hysterectomy: one through the abdomen and the second through vagina. In the abdominal surgery, an incision is made in the abdomen. The removal of ovaries depends upon the individual condition and the recommendation of the doctor. In Iran, it is performed to deal with health issues such as prolapses, pelvic adhesions, endometriosis, fibroids and cancer.

In this health issue, there is a blockage on either side of female’s vaginal opening. Initially, it starts in the form of a cyst and if untreated, it results in an abscess. It results in severe pain, redness and swelling. If the cause of the abscess is a sexually transmitted disease, the female patient would observe a vaginal discharge. Iranian hospitals offer extensive range of surgery to deal with this female health issue. Tourists visits in thousands to avail top class facilities in Iranian hospitals offering experienced doctors and latest equipment.

This surgical procedure is performed for the female patients suffering from the cancer. In Iran, the surgeon would remove malignant tumor by removing the breast. The decision of the surgery depends upon the age of the patients and the severity of the cancer disease. Breast cancer is the chief reason for performing a mastectomy. It helps to restrict and stop the cancer cells to affect the surrounding healthy cells. General anesthesia is used and partial or complete breast is removed during the surgery.

Cost of mastectomy surgery in Iran

In this surgical procedure, sealing and severing of a female’s fallopian tubes is performed. The fallopian tubes are responsible for the monthly movement of the eggs and they also connect the ovaries to the uterus of the female. In Iran, this surgical procedure is also known as ‘tying the tubes’. During the surgery, the surgeon would make a small incision around the belly button region. The tubes will either be tied or cauterized with tools passed through the laparoscope, therefore minimizing post operation discomfort and scaring.

This procedure s recommended for females suffering from issues like cancer, prolapses, fibroids, endometriosis or pelvic adhesions. In this procedure, uterus is removed and in some cases, ovaries and the cervix are also removed. In this surgical procedure, the uterus is removed through the vagina. The surgeon makes a small incision to access the uterus. The Fallopian tubes and any ligaments and blood vessels surrounding the uterus are tied off prior to removal.

Why choose Iran for gynecology surgery and treatment

The escalating medical bills in the western countries especially the UK and the USA, are a major concern for patients. As a result, people are now looking for alternative methods. Within the last few years, Iran has witnessed a considerable boom in the health sector. Private and government have heavily invested in the health industry. You can expect top quality facilities in Iranian hospitals and you just have to pay 70% to 80% less than the developed countries. Besides, you can also enjoy touring destinations across Iran.

Iranian Association of Obstetricians and Gynecologists

Female health is a main issue all around the world. After evaluating the health facilities in Iran, I consider Iran the perfect medical tourism destination for gynecology.