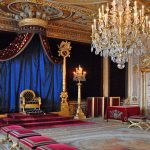 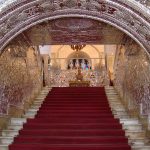 The royal Golestan Palace, a historic tourist attraction, has taken many years to develop. A UNESCO World Heritage Site, the royal residence lies on Tehran’s Arg Square. The unparalleled complex is an expression of majestic Persian architecture, art and history. A historic mansion, Golestan opens itself up to numerous national and international visitors. The site covers an area of 5.4 hectares and presents the combination of Persian and western architectures.

Golestan’s construction started in the reign of Shah Abbas Safavi and was completed in the Qajar era. Naser Aldin Shah, who traveled a lot to European countries, was in fact influenced by the charm and glory of western architecture. Throughout history, the impressive palace witnessed some critical events such as the constitutional revolution and the coronation of Reza Shah and Mohammad Reza Shah of Pahlavi.

Among the most precious buildings in the bicentenary capital, Golestan features skillful decorations of plaster, stone carving, mirror work, and woodcarving.

Shams Alemareh Mansion is the most glorious part of the structure. The five-storey mansion was constructed under Naser Aldin Shah and funded by Moayyer Almamalik and Ali Mohammad Kashi. Inspired and fascinated by high-rise western buildings, the king decided to make one similar building in his capital where he could have a panoramic view of the city. The construction lasted for two years. The building carries two identical towers with outstanding works of mirror, plaster and painting. An incomparable building in terms of architecture and arts, the mansion was restored to draw visitors and sightseers from around the world.