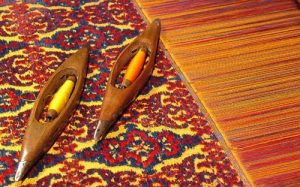 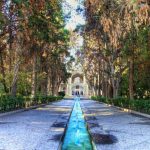 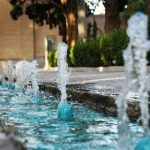 The original construction of the edifice dates from the Safavid Shah Abbas I, which was progressed later on. Although the initial plan was not as complete and intricate as it is now, it didn’t go through serious transformation.

Once ramparts, portal, the central mansion and bath were built, the king held a celebration in the garden in 1584 with the presence of ambassadors from Asia and Europe.

The estate was further developed after him; Shah Safi built a pavilion atop the mansion which offered a panoramic view over the surrounding garden, and Shah Soleiman made a pool to move water throughout the lands without pumps.

At the reign of Karim Khan Zand, in 1772, a private quarter was also constructed near the garden to house the king when in Kashan.

Fathali Shah of Qajar was so fascinated by the garden’s charm that he commanded to develop a Howzkhneh, a cool chamber on hot summer days, and to adorn its walls with pictures from him and his sons.

After him, extra additions were also attached during the dynasty rule; among which are Shahnshin and the opposite pond.

In 1942, Naser Aldin Shah foolishly ordered to assassinate Amir Kabir, his legendary knowledgeable, praiseworthy chancellor who managed a lot of memorable things in the history of Iran, in the bath.

After this catastrophic incident, the garden somehow lost its importance and following constitution era, it became headquarters for vandals who ravaged the area.

The historic garden now is a favorite hub for countless tourists and sightseers after restorations. The noteworthy architecture alongside eye-catching nature around are assembled here to sweep away choosy visitors.

The lively atmosphere of the garden with fountains and creeks have turned it into a popular attraction in Kashan, Isfahan Province. The mansion at the far end of the long pool is a photogenic scene.

With its marvelous architecture of the mansion amid strips of lawn and bushes and lines of tall trees around, it is on tourists bucket list. 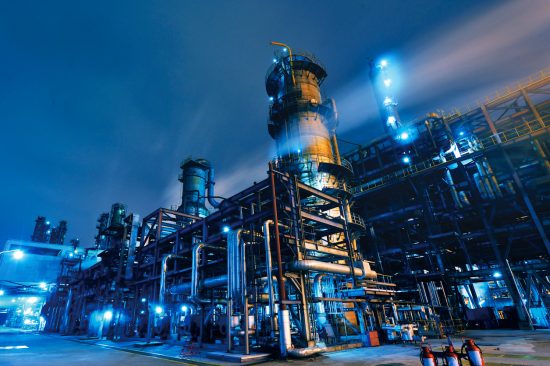