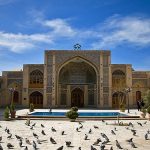 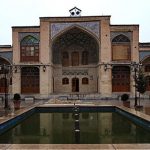 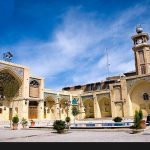 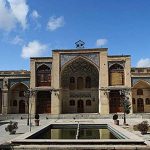 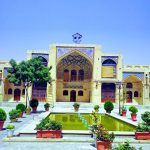 The mosque, dating from the Qajar era, was built by the west governor named Imam Gholi Mirza Emadodoleh in 1868. It holds 4 iwans and a couple of chambers. On the tiling of one iwan, you can see a Qasida, translated as ode, which refers to the king, Naser Aldin Shah, the founder of the mosque.

The main entrance is through the east iwan, where there is a wooden room with a big wooden door, inappropriately colored recently, leading to the goldsmith’s lanes in the neighboring bazaar.

The spiritual place in Kermanshah contains a courtyard, 30 by 24 m, surrounded by many beautifully designed chambers. As soon as you step into the yard, you feel like you are entering a peaceful place; inspirationally elegant design and colorful decorations alongside the indescribable serenity beckon tourists. The Persian architects have presented utmost beauties of arts in creating impressive decorations and style. Sightseers will be swept away by their fine arts depicted throughout the building. The marble floor is a highlight. And turquoise tiling with some poems in iwans are also noteworthy. The square Sahbistan holds 14 pillars on which the dome and arch stand. This part is in bare brick with no special embellishments but the showpiece here is the mihrab, a niche in the wall directed at qibla in Mecca, with eye-catching colorful tiling decorations.

The bright building is made in a way that it catches sunlight. Of note is a Switzerland clock, a sign of cultural exchanges, placed on the single minaret. It might be the first thing that attracts the eyes and pleases the ears when it tinkles.

To enter, you will have to take off shoes in a small booth. Doors are open at prayers’ time. Before or after that, you should arrange your visit time with the doorkeeper.

Besides, the mosque’s location near the bazaar makes it a worthwhile destination. 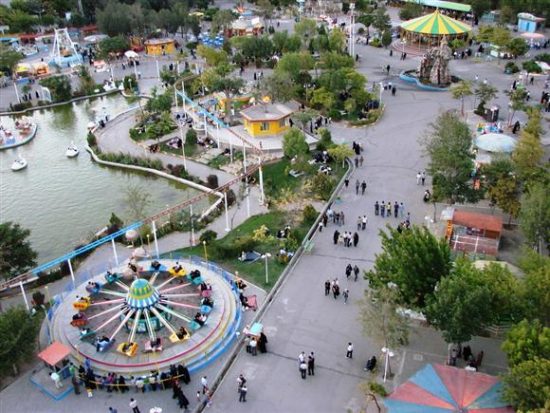