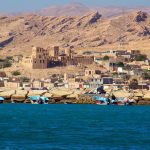 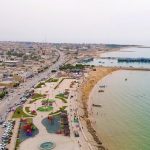 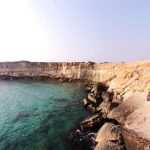 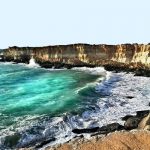 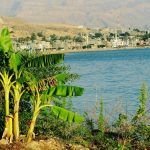 I was contemplating on how to have a readable, worthwhile description on one of the most amazing places in Kangan, Bushehr. I thought it would be a good idea to first give a historic background of the place and then express some of its beauties on my next post. So here is a condensed summary.

Among the oldest ports south of the country, Siraf with its unique architecture resembles gorgeous Masooleh Village in the north in some ways.

Once Iran’s flourishing port in the Sassanid and Islamic eras, it had booming commercial relations with countries like China, India, and east Africa. In fact, between second and fifth centuries AH, the historic port was the most marvelous, prosperous port among the Persian Gulf literal states.

The never-seemingly-inactive merchants and seafarers had direct, constant trading with other countries. And that’s why in early Islamic period, Siraf was a wealthy, glamorous city. Landlords imported wood planks and timbers from Africa and India to build multi-storey-buildings. The thriving port contained pottery canals and advanced swage system. It also housed a number of mosques.

With a huge population of over 300,000 at the time, the democratic international city was home to romans, Greeks, Chinese, among other nationalities. Followers of Zoroastrianism, Buddhism, Christianity, and Judaism comfortably lived in the region. For this reason, it was famed as the City of Civilizations.

Sirafi’s arts were unique; their craftsmen would process pearls of the Persian Gulf in their workshops and then export their artistic works (artifacts) to countries like China and India. Stucco works were also widespread in the region. Tasteful artists would decorate walls and ceilings of houses with astonishing patterns. They would use their arts and skills in burying their dead; they engraved the name of the deceased on square-shaped tombstones in gorgeous Kufic script.

After a demolishing earthquake, a substantial part of the city was ruined and went underwater. What is now viewed on the site is the remains of the glorious and brilliant city, collapsed pillars and broken walls, and ruins of mosques. But the must-see site, in many people’s opinions, tells a lot about the magnificence of the port in the old days.