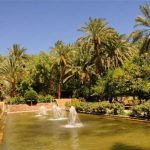 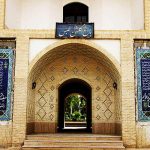 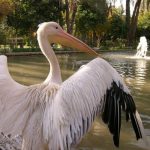 Located on a street carrying the same name, the gorgeous garden receives visitors from different parts of the country.

Before getting into the beauties and charm of the cozy garden, let’s bring a short part about its history. At the beginning of the 13th century AH, almost the end of Zand dynasty, it was constructed at the order of Emir Mohammad Hassan Khan Arab Zangui, the governor of Tabas.

He owned patches of lands along with many buildings in areas of Tabas, Ferdows, Boshrooyeh, and Gonabad. He donated a huge part of them right before his death. Gulshan is one.

Registered on the national heritage list, the impressive garden attracts world tourists as well. The enchanting place has been described in the words of André Godard’s wife. The partner of the famous French archaeologist says, & there are massive fountains inside the garden where precious water is splashed towards the sky.&

In 1906, the Swede world explorer, Sven Anders Hedin, was amazed by the miraculous waters flowing in the garden.

The Daily Telegraph website has also named the garden as one of the greatest throughout the world.

Now back to the garden, with an area of about 7 hectares, 266 m in length and 260 m in width, the garden is almost square-shaped.

There is a 2-storey mansion with a basement. On the first floor, you will see a long corridor with a balcony. There you can have a great view of the entire garden.

Visitors are marveled at the water-distribution system in the garden; superficial rivers and underground waters supply waters. Situated in a region where springs flow off the surrounding mountains towards Tabas, and meet in the garden, Gulshan is the best quarter for plants.

Formerly a palm grove, the garden is adorned with plenty of palm trees, the oldest. Among other trees are pomegranates, and citrus trees which have been planted in equal distances. Also, willows, pine and plane trees are seen throughout the lands.

Lots of shots are a must in different corners.